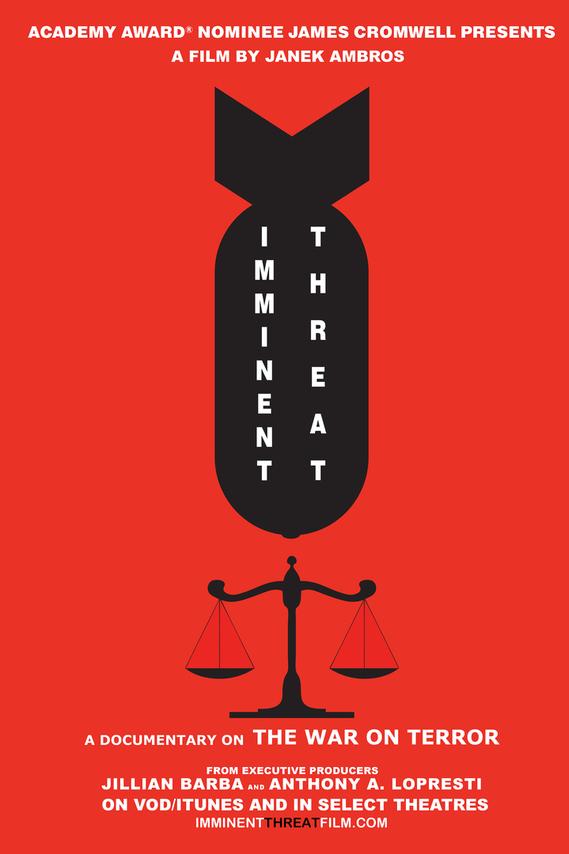 IMMINENT THREAT is a terrifying look at the War on Terror and the threat it's causing to our civil liberties and political discourse.

Academy Award® nominee James Cromwell presents Janek Ambros' directorial debut. This feature documentary tackles the War on Terror's impact on civil liberties and the strange coalition it's creating between the progressive left and libertarian right. IMMINENT THREAT examines the NSA, drones, the war on journalism and other encroachments on civil liberties started by the Bush era and expanded by the Democratic establishment.